A Brief Look at FARC’s Origins in Colombia 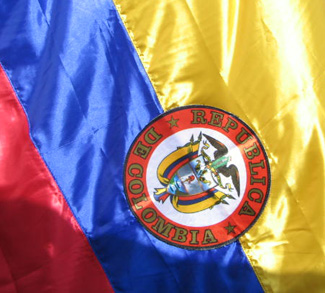 “There is more repression of individual freedom here that in any other country we’ve been to, the police patrol the streets carrying rifles and demand your papers every few minutes, which some of them read upside down. The atmosphere is tense and it seems a revolution may be brewing. The countryside is in open revolt and the army is powerless to suppress it.” A young Ernesto Che Guevara was traveling around South America and, in a letter to his mother – dated June 1952 – used these words to describe Colombian state during La Violencia (1948-1958). In order to understand the deep roots of FARC’s origin and longevity, their experience should not be detached from the political and social context of Colombian history. FARC’s insurgency cannot be understood discerning from agrarian conflicts during the 1920s-1930s and from the period of La Violencia.

Post-colonial Colombia was dominated by a bipartite political system in which the Liberal Party and the Conservative Party exercised undisputed political and economic hegemony. S. S. Nino argues that “The independence was in horizontal movements”: an elite was removed, but, automatically it was replaced by its immediate lower one, which became aristocracy, upper class, dominant class.” Conflicts among this new political elite resulted, in the words of G.M. Leech, in peasants fighting “for local landowner, in return for moderate reforms that improved their own lot in life.”

Before FARC’s foundation, Colombian peasants started to organize self-defense movements that tried to break the bipartite system of hegemony. The Partido Socialista Revolutionario, the Partido Agrario Nacional, the Union Nacional de Izquierda Revolucionaria, and – after its foundation in 1930 – the Partido Comunista de Colombia (PCC) were the main actors in organizing peasants to protect themselves from official violence and promote agrarian reform. According to Gilhdoes, during the 1920s and the 1930s there were three kinds of agrarian conflicts in Colombia: disputes around the distribution of lands, issues related to indigenous communities, and tensions between landowners and their workers due to labor conditions. In such an environment of social and economic tensions, peasants and natives created unions and self-defense organizations to protect their interests.

Local and low-intensive conflicts became a national political crisis in April 1948 when Jorge Gaitàn was killed in Bogotà.

Operation Marquentalia was led to break the consolidation of independent areas in which self-defense groups were exercising local power and, as suggested by Leongòmez, Operation Marquetalia was the turning point in which “the self-defense movement becomes a revolutionary movements.” The tension between self-defense groups and dominant elites culminated in repressions and massacres. In his masterpiece One Hundred years of Solitude, Gabriel Marquez Garcia remembers the Massacre de las Bananeras in 1928, when peasant strike by United Fruit Company workers was bloody repressed. An indefinite number of workers were killed by the Colombian army: “It was as if the machine guns had been loaded with caps, because their panting rattle could be heard and their incandescent spitting could be seen, but not the slightest reaction was perceived, not a cry, not even a sigh among the compact crowd that seemed petrified by an instantaneous invulnerability.”

The local and low-intensive conflicts became a national political crisis in April 1948 when Jorge Gaitàn was killed in Bogotà. Gaitàn was a charismatic populist leader of a minority within the Liberal Party. He offered hope to the poorest of both urban and rural areas, leading campaigns to promote agrarian reforms and to defend peasants against state violence. He was able to gain the support of discontented middle classes and poorer ones. After his murder, the PCC declared armed resistance against state terrorism as legitimate. Subsequently, the PCC became instrumental in the rise of peasant self-defense movements.

What is not clear is the role of PCC in FARC’s foundation. While LeGrand argues that Bloque Sur was composed by members of the Communist Party and Liberal Party, Brittain suggests that the Liberal Party did not actively participate in FARC’s formation. As confirmed by several studies, the FARC were formed by members of self-defense groups with elements of the Communist Party. William Avilés argues that the FARC “emerged under the leadership of the Communist Party and operated with the support of peasants who sought refuge from the repression of la Violencia.” According to Leongòmez, the FARC was “born as a reaction against the foundation of the ELN and EPL” by the PCC. In the XXXI, el Partido Comunista proclaimed to support peasants rebellion. Even though some highlight the contradictions of the PCC between supporting a violent insurgency and participating in Colombian democratic life, there is evidence that suggests a tight connection between FARC’s origins and PCC activities in the Colombian countryside.

Some consider La Violencia to have ended in 1953, when the General Rojas Pinilla established his dictatorship in a military coup. His government launched an offensive to tackle the communist peasant insurgency, and many Liberal peasants decided to accept the amnesty granted by the Pinilla government. In 1958, Conservative and Liberal elites – concerned about the concentration of power and Pinilla’s desire to strengthen his dictatorship – created a power-sharing agreement called the National Front. However, communist-aligned peasants did not stop fighting, and continued to improve their organization and military capabilities. In 1964 – in order to destroy communist self-defense communities – the Colombian government planned a massive military attack on the areas where peasants organized forms of local self-government. The campaign was focused on the Marquetalia region where the peasant groups operated, but though it was able to take the territory, local resentment against the government remained strong. The Marquetalia operation represents a turning point of Colombian history.

“[We are] the result of a revolutionary movement which was born in 1948 (…)” These words – taken from the original document “Programa agrario de los guerrilleros 1964” – explain why FARC’s historical origin can be tracked back to 1964, when a small group of guerrilleros announced the birth of an armed revolutionary front during the First Guerrilla Conference in 1964. The group joined armed peasants from Marquetalia with other guerrilleros from several zones, forming the Bloque Sur (Southern Bloc). According to Leech – even though the name Las Fuerzas Armadas Revolucionarias de Colombia (FARC) is officially dated to 1966, during the Second Guerrilla Conference, FARC’s historical representation begins with the experience of Bloc Sur and the First Guerrilla Conference. During the First Guerrilla Conference, the guerrilleros argued: “There have been four wars against us (the peasants): one started in 1948, another one from 1954, one from 1962, and this one that we are experiencing since May 18th 1964, when the military officially declared Operation Marquetalia.” In this way, Bloque Sur proclaimed itself both a reaction to the repression of Colombian elites and the successor to peasant self-defense movements of the past. 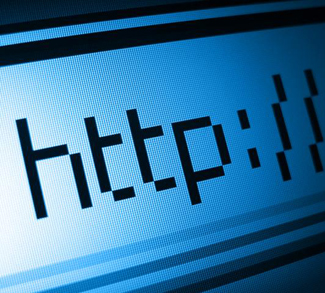