Comedian Volodymyr Zelensky, the newly minted president of Ukraine, faces a difficult task in untangling the Gordian Knot of the civil war in eastern Ukraine. And how exactly he plans to do so remains a mystery, along with most of his policies, since the candidate was a political mute on the campaign trail.

The situation became even more complicated earlier this week when Russian President Vladimir Putin announced a new streamlined process for residents in rebel-held areas of Ukraine to obtain a Russian passport.

Putin’s announcement underscores a growing consensus that the Minsk II peace process is flatlining. Yet, surprisingly, this comes as a relief to large parts of the political establishment in Ukraine, whom believe the country is actually better off without its Russian-majority eastern flank. 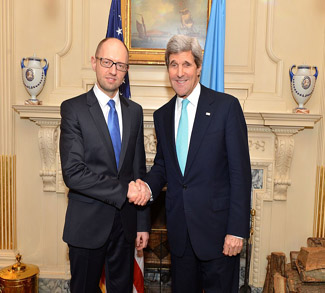