Unlike typical CIA organized colour revolutions, the waves of counter-protests in Thailand appear to have genuinely split the loyalties of the Thai citizenry in two, threatening a collapse of Thailand’s political system.

Hundreds of thousands of “red-shirted” anti-government protestors, many bussed in from the countryside where the ex-Prime Minister enjoys immense popularity, are occupying the capital Bangkok and bringing the city to a standstill.  On Wednesday, 100,000 “red shirts” surrounded current Prime Minister Abhisit Vejjajiva’s offices in the capital.  Yesterday, the “red shirts” began occupying major intersections in the city, attempted to commandeer army tanks, and forced the canceling of the East Asia Summit by storming its venue, prompting the government to declare an state of emergency and deploy the army to key points in the capital.

The “red-shirted” anti-government protestors, self-referred as the United Front for Democracy Against Dictatorship, seek the return of ex-Prime Minister Thaksin Shinawatra, who is now openly calling for a revolution and threatening to return from exile to lead it despite in absentia convictions of corruption against him.  Thaksin was ousted in a 2006 bloodless army coup, but his party was able to remain in power until it was toppled by hundreds of thousands of “yellow-shirted” protestors who called themselves the People’s Alliance for Democracy.

The world has witnessed ostensibly pro-democracy “colour revolutions” in the past in places like Serbia, Georgia, Ukraine, Kyrgyzstan, and Lebanon.  These revolutions have usually been engineered by the CIA or its Western allies via their covert-ops programs.  The result of each of these CIA operations has been the overthrow of the national government and the installation of a pro-Western government that has transformed the targeted nation into a client state of the expanding American Empire.

Ongoing CIA targets include Belarus, Armenia, Azerbaijan, Mongolia, Uzbekistan and Moldova, the latter of which was initiated at the operational level just a few days ago.  Not only are all of these states within the current Russian sphere of influence, but Russia itself is targeted by the CIA for a future ‘color revolution’ as part of NATO’s grand strategy of incorporating the former Soviet Empire into the American Empire.

Notably, outside of the strategic anti-Russian targets listed above, colour revolutions have either been non-existent or have failed, such as the ‘Saffron Revolution’ led by Burmese monks against the military junta leadership of Myanmar.

In Thailand, however, it appears we are witnessing homegrown, grassroots “colour revolutions” aimed at toppling the current regime in power without extant foreign engineering.  Interestingly, both sides refer to their movement as the ‘democratic’ revolution.

Unfortunately, with the loyalty of Thailand’s citizenry essentially split between two equally popular opposing camps, Thailand’s political stability is threatened with an endless cycle of counter-revolutions, with the only plausible savior being the army that was deployed in the capital today.  Ironically, the army’s presence has produced the very anti-democratic outcome being protested by both equally vociferous groups.

In an explosive interview on PBS’ Bill Moyers Journal, William K. Black, a professor of economics and law with the University of Missouri, alleged that American banks and credit agencies conspired to create a system in which so-called “liars loans” could receive AAA ratings and zero oversight, amounting to a massive “fraud” at the epicenter of U.S. finance.

A team of scientists claim to have unearthed startling data from dust and debris gathered in the days and weeks after the World Trade Center towers collapsed on Sept. 11, 2001.

President Barack Obama invoked “state secrets” to prevent a court from reviewing the legality of the National Security Agency’s warrantless wiretapping program, moving late Friday to have a lawsuit that challenged the program dismissed.

U.S. military officers pressured Army medical personnel not to diagnose soldiers with post traumatic stress disorder in an apparent effort to save money and reduce benefits, according to an investigation published Wednesday.

The CIA is to close down its global network of secret prisons, where “war on terror” suspects were subjected to harsh interrogation techniques, Leon Panetta, the agency’s director, has said.

The Pentagon sponsored a first-of-its-kind war game last month focused not on bullets and bombs — but on how hostile nations might seek to cripple the U.S. economy, a scenario made all the more real by the global financial crisis.

The Obama administration is about to release 244, 966 pages of documents from the Reagan White House that the Bush administration had held back for years during a review of whether to assert executive privilege.

Former Peruvian President Alberto Fujimori was convicted of human rights crimes and sentenced to 25 years in prison on Tuesday, the first time a democratically elected Latin American president has been found guilty in his own country of such offenses.

Sources told The Daily Telegraph that the arrests of 12 men in the north west of England on Wednesday were linked to a suspected plan to launch a devastating attack over the Easter weekend.

An Italian scientist predicted a major earthquake around L’Aquila weeks before disaster struck the city on Monday, killing more than 90 people, but was reported to authorities for spreading panic.

Tens of thousands of anti-government demonstrators massed in the Georgian capital on Thursday, launching a protest movement aimed at forcing President Mikheil Saakashvili to resign.

The Moldovan government and opposition agreed on Tuesday to a recount of parliamentary election votes amid violent protests in Chisinau, the presidential administration said.

The prime minister of Moldova said on Thursday that authorities in the former Soviet republic were prepared to use all means including weapons, if new opposition protests turn violent.

Moldova’s president on Friday said he had concrete proof of Romanian involvement in anti-Communist riots this week that sparked a diplomatic crisis with Romania.

An Iranian-American journalist detained in Iran, Roxana Saberi, has been charged with espionage on behalf of the United States and her trial will start next week, Iranian media reported on Wednesday.

Anti-government protesters attacked Thai Prime Minister Abhisit Vejjajiva’s car and trapped him inside a beach hotel Tuesday as the kingdom’s political turmoil boiled over into violence.

Thai troops repelled anti-government protesters at a resort hosting an Asian summit on Friday as leaders began arriving for a meeting meant to focus on the global financial crisis.

A landmark human rights lawsuit, accusing Royal Dutch Shell of complicity in the execution of Nigerian author and human rights activist Ken Saro-Wiwa some 14 years ago, will proceed to trial in a New York courtroom.

French commandos have stormed a yacht held by Somali pirates in an operation that left one French hostage and two gunmen dead, hours after an American skipper held in a separate ransom battle narrowly failed in a dramatic escape bid, officials said.

Frank Bainimarama has been reappointed as Fiji’s prime minister Friday, just two days after an appeals court declared his military government was illegal. 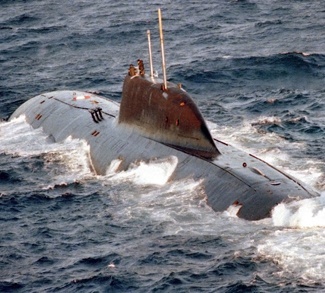 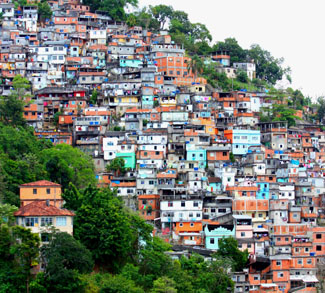 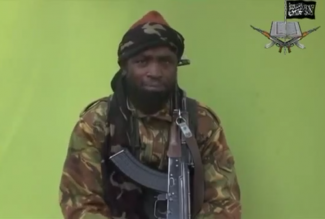