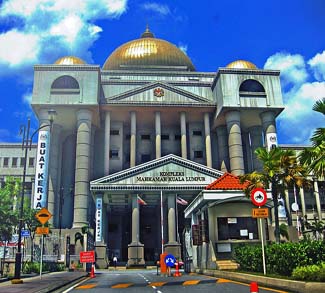 We have to know where veteran Borneo rights activist Dr. Jeffrey Kitingan, a former political detainee, was coming from this week when he openly raised the possibility of Sabah and Sarawak seceding from the Federation of Malaysia in the wake of a controversial Court of Appeal (COA) ruling in Putrajaya against the Christian faith.

In response to the COA implication that “Allah was exclusive to Islam” in its remarks attached to the ruling, the lunatic fringe seized on the opportunity to tell Christians to leave Malaysia if they were not happy with the result. Briefly, the COA ruled that the Catholic Weekly Herald could not use Allah in its Malay language print, no doubt in matters concerning the faith.

In any civilized country, hate speech makers will be arrested, charged and incarcerated.

In Malaysia, people like race-baiters Ibrahim Ali & Co are acting as if they are above the law.

Their latest call is for the government to ban the Bible in Malay print. Not so long ago, he urged the authorities to seize and burn Bibles. There was not even a peep from the authorities and their impotence has only further emboldened characters like Ibrahim Ali. For what it is worth, the Muslim-majority Pasir Mas parliamentary seat rejected Ibrahim Ali in May general elections earlier this year.

Since most of the Christians in Malaysia are in Sabah and Sarawak – the two Borneo nations in the Federation – Jeffrey, in taking the cue from the lunatic fringe, thought out aloud that when push comes to shove, secession is the only way out.

Ten Points to Govern the Allah Situation in Malaysia

In fact, secession should not be the term to use since there was no referendum on Sabah and Sarawak being in Malaysia. But that’s another story. Suffice to say that conventional wisdom holds that Malaya has been in occupation of Sabah and Sarawak since September 16, 1963. That was the day the British colonialists left, within weeks of Sabah getting its independence on August 31, 1963. Sarawak obtained its independence on July 22, 1963.

The Allah ruling may turn out to be the proverbial straw that broke the camel’s back even if the federal government accepts, albeit belatedly, the growing consensus in Borneo and among Christians in Malaysia that the Constitution, laws and certain “common sense” principles govern the Allah situation, and not the ideologues staffing various government organs, including the judiciary.

These ten points may be summarized as follows:

1) No government or court has the right to tell anyone what they should call their God. The court is not a forum for theological discussions.

2) There can be no Islamisation of Malaysia, creeping or otherwise. Malaysia is a secular state as underlined by Articles 3(1), 3(4), Articles 11 & 12 of the federal constitution being read together.

3) Religion is a state matter, not federal, in Malaysia; and solely under the purview of the sultans in 9 of the 13 states and three federal territories.

4) There is no official religion in Sabah and Sarawak.

5) There can be no politicization of any religion in Malaysia and no politician has the right to even mention religion.

6) The concerned authorities cannot come up with fatwas for non-Muslims. Fatwas in Islam are meant to interpret the Islamic faith for Muslims only and as such have no legal basis for Muslims and non-Muslims alike.

7) The police, a civilian authority, cannot arm itself with non-existent Islamic policing powers, including fatwas.

8) The Constitution and constitutional documents on Malaysia must be read in such a way as to include and be compliant with a Basic Features Doctrine, notwithstanding the fact that the Federation of 1963 was not set up properly and remains a bad British idea even 50 years later.

9) Malaysia would not have come into being in 1963 if Muslims in Malaya had made a song-and-dance act about Allah.

10) Sabah/Sarawak cannot remain in Malaysia if Muslims in Malaya continue to make a song-and-dance act over Allah.

It was unacceptable that the COA should say, unlike the High Court which decided in favor of the Herald, that it was not considering the merits or otherwise of the home minister’s decision against the Catholic weekly. The grounds it gave claimed it was an application for judicial review, in this case for an Order of Certiorari to squash the home minister’s decision. As such, the three judges should not have made all the other unnecessary remarks about Christianity outside the judgment proper.

It should also have not interfered with the High Court’s decision, which is in-line with the Constitution.

Where there are rights, there must be remedies.

The COA cannot take the implied view that this is a matter of ministerial prerogatives and discretion or a matter of high policy for the government. It is not. The COA decision is no remedy. It’s up to the federal court to provide a solution by censuring the COA, setting aside its decision and reinstating the High Court’s decision.

The People Must Come Together

The bottom line is that the people, Christians and Muslims alike, should focus on demanding that the government enforces the law. Instead, they are getting sidetracked. There’s no need to harp, in the wake of the COA ruling, that Allah pre-dated Islam etc.

We cannot allow anything to compromise our democracy, the rule of law and human rights lest the law of the jungle prevails. Going against the Constitution and the state is sedition and treason.

In general, there has been an increasing state of lawlessness in the country as reflected in rampant extra-judicial killings by the police, and admitted by Home Minister Zahid Hamidi himself, all the result of an increasing criminalization of society.

It’s time for lawyers, the Coalition of NGOs (Comango) and the people at large in Malaysia to come together and resolve that no one must be must be allowed to get away with what they are managing to do so now. 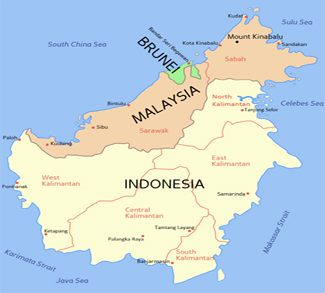