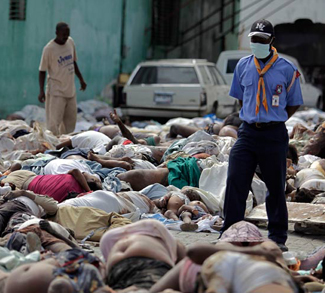 Post-earthquake US & ally troop deployment in Haiti will ensure continued US control in the country while promoting American military deployment abroad as a force for good in the public mind.

The international response to the January 12th magnitude-7.0 earthquake that caused significant damage to Haiti has been prompt. Countries from around the world have pledged to provide both monetary and non-monetary support.

Notably, the United States has announced that helicopters, a hospital ship and as many as 10,000 troops will be sent. Damaged infrastructure and a deteriorating security situation have contributed to difficulties in delivering aid and troop deployment.

US Secretary of State Hillary Clinton met with Haitian President René Préval on Saturday, while former President Bill Clinton is scheduled to meet with him today.

Former President-elect Jean-Bertrand Aristide, who was reinstated with US military support under Bill Clinton only to be ousted again in a US-backed coup in 2004, remains in exile.

Canada, which is widely thought to have also played a role in the 2004 coup, has also agreed to send 1,000 troops.

Although the troop deployment is being promoted as humanitarian some critics allege that the US is using the disaster as a pretext to occupy the country like it did from 1915-1934.

The US troop deployment is being administered by US Southern Command. Its stated mission is to “conduct military operations and promote security cooperation to achieve U.S. strategic objectives.”

Other US-led military engagements have been promoted as required to promote stability and humanitarian ends including the current occupation of Afghanistan and Iraq and attacks on Pakistan and Yemen.

Unlike previous US military engagements, however, widespread public concern for the earthquake victims will mean that the deployment of troops will serve not only to ensure continued control of the country but also to promote US military intervention as a force for good in the public mind.

The History of Haiti

In 1493 Spain claimed the island that is now divided as Haiti and the Dominican Republic. The indigenous population was largely wiped out after the arrival of Europeans. After the French established a colony on the island, Spain ceded the Western third to France under the 1697 Treaty of Ryswick.

Slaves were imported from Africa to the French territory to grow tobacco, indigo, cotton and cacao. By the 1780s approximately 790,000 slaves produced much of Europe’s sugar and coffee.

The French revolution in 1789 and war with Britain resulted in instability in the French territory. In 1804, after a military victory was won, former-slaves declared Haiti an independent country and ousted or killed the remaining white slave-owners. This precedent caused great concern amongst those engaged in the slave trade and the country was ostracized from the international community. France imposed significant reparations against the country and the United States refused to recognize Haiti until 1862.

In 1915 the Unites States occupied Haiti in response to fears by American banks that loans would not be repaid if pro-US leaders lost control. Under US occupation the Haitian treasury was used to repay loans to American and French banks. US advisors and marines ran the country until withdrawal, which was completed in 1934.

In 1991 President Jean-Bertrand Aristide was elected to power. He was ousted in a military coup that is alleged to have included US involvement later that year. In 1994 Aristide was put back into power by the United States under Bill Clinton, reportedly on the conditions that he support certain pro-US economic policies.

In 1995 René Préval was elected President. Aristide did not run as the constitution did not permit consecutive Presidential terms. In 2000 Aristide was again elected in a contentious election that was boycotted by opposition parties.

In 2004 Aristide was ousted in a coup widely thought to have been backed by the US. After an interim government René Préval was again elected President in 2006. He remains the president of Haiti to this day.

Analysis: Turkey Hints at a Joint Saudi Offensive in Syria 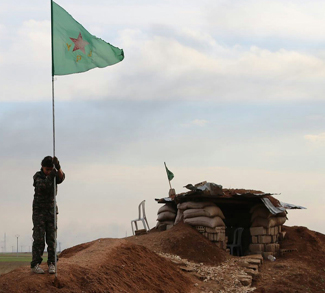 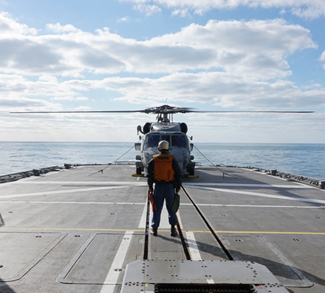 Situation Reports September 16, 2016
Back to Top