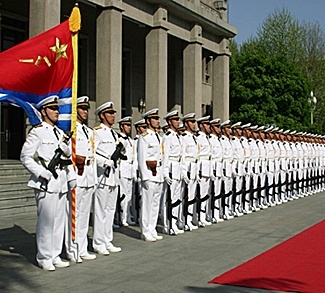 Beijing’s calls for an end to U.S. military surveillance off of its coast reflect a desire to carve out a regional sphere of influence for the PLA Navy.

There is no question that the oceans of today are the domain of the United States military, currently the only ‘blue water’ navy in the world.  Nevertheless, this will not always be the case, and regional powers have started to chisel away at the role of the U.S. Navy for space with which to develop their own.

This is the situation that China now finds itself in, presiding over a massive modernization and expansion of the PLA Navy that is beginning to clash with U.S. Navy deployments in the area.

China’s strategy for circumventing U.S. naval pressure contains symbolic and substantive aspects, and both threads can be expected to not only persist, but intensify as confidence in the PLA Navy grows.

On the symbolic side, the Chinese government will continue to make public pronouncements along similar lines as those which came out of this week’s special session of the Military Maritime Consultative Agreement (MMCA).  The Chinese Defense Ministry’s call for an end to U.S. surveillance of the Chinese coast is as much targeted at domestic political consumption as it is a warning to the U.S. military. It is part and parcel of Beijing’s ceaseless efforts to promote the rise of China’s military power and standing in the world, images that help the CCP maintain the support of the Chinese people.

Naval ‘incidents’ in the waters surrounding China represent the substantive side of China’s strategy. The PLA Navy has proved willing to harass U.S. ships that it believes have crossed into China’s exclusive military sphere. There have been six incidents in the last year alone.  Some of them were provoked at Beijing’s behest, while others ostensibly seem to be the result of spontaneous acts of patriotic fishermen.

Any military clash, no matter how seemingly insignificant, risks the possibility of escalation into a crisis. Thus, Chinese authorities are hoping that Washington will give up naval surveillance as not worth the potential harm it poses to Sino-American relations.

Of course, China’s backyard is strategically crucial to the United States and as such will not be vacated easily. Although Sino-Taiwanese relations have thawed since Ma Ying Jiu came to power in 2008, Taiwan still represents a contentious issue that can fast spiral into crisis, as was last the case in 1996 when President Clinton eventually deployed two Carrier Strike Groups to the Taiwan Strait. PLA Navy bases on Hainan Island are also in a position to threaten American interests, as they place Chinese naval power within striking distance of the strategically crucial Strait of Malacca.

For the Obama administration, the long-term benefits of a stable Sino-American relationship may trump the strategic value of a naval presence in China’s backyard. If this is the case, the U.S. military might be pulled back enough to give the Chinese some strategic space. Regardless, expect Chinese authorities to continue to stress the illegality of U.S. surveillance ships and the primacy of the PLA Navy within China’s Exclusive Economic Zone (EEZ).

A public relations firm that organized the opposition to Saddam Hussein during the 1990s and “coerced” journalists during the run-up to the Iraq war is now vetting at least some embedded journalists in war zones to keep out those who have a history of writing negative stories about the U.S. military, a new report claimed Monday.

The Obama administration launched a criminal investigation Monday into harsh questioning of detainees during President George W. Bush’s war on terrorism, revealing CIA interrogators’ threats to kill one suspect’s children and to force another to watch his mother sexually assaulted.

With just two weeks of training, or about half the time it takes to become a truck driver, the CIA certified its spies as interrogation experts after 9/11 and handed them the keys to the most coercive tactics in the agency’s arsenal.

Contrary to the insistence of Pentagon officials this week that they are not rating the work of reporters covering U.S. forces in Afghanistan, Stars and Stripes has obtained documents that prove that reporters’ coverage is being graded as “positive,” “neutral” or “negative.”

The Federal Reserve asked a judge Wednesday to delay enforcement of her decision requiring the central bank to identify companies in its emergency lending programs.

Washington on Friday denied reports that it was abandoning a plan to deploy defense missile shield bases in Poland and the Czech Republic.

CENTRAL AMERICA AND THE CARIBBEAN

In a scathing report Wednesday, a leading human rights group accused the current Honduran government of “widespread” abuses committed in the wake of President Jose Manuel Zelaya’s ouster by a military coup in June.

The FARC are “the best instrument of the U.S. empire” as the fight against the guerrillas has become the pretext for U.S. military presence in Colombia, Bolivian President Evo Morales said Monday.

Colombia on Wednesday filed a formal complaint against Venezuelan President Hugo Chavez with the Organization of American States, accusing the leftist leader of meddling in its domestic affairs.

Venezuelan President Hugo Chavez is seeking to shore up opposition to a Colombian plan giving U.S. troops more access to its military bases under an accord that has sharply divided South American leaders meeting for a regional summit.

Russian prosecutors said on Monday that Ukrainian troops and members of a nationalist group were involved in Georgia’s attack on South Ossetia last August.

Top Russian officials admitted Wednesday that a cargo ship hijacked under murky circumstances in the Baltic Sea may have been carrying a suspicious cargo, after initially playing down such reports.

Russia Thursday charged eight suspects in the hijacking of the cargo ship Arctic Sea with kidnapping and piracy, including a man suspected of masterminding an operation that remains swathed in mystery.

Iraq and Syria have both recalled their ambassadors in a deepening rift over claims Damascus was harbouring militants who bombed Baghdad.

The Iranian-backed Shiite parties that helped propel Iraq’s prime minister into power three years ago dumped him Monday as their candidate for re-election, forming a new alliance to contest the January vote.

Several Palestinians in the West Bank have called for an international inquiry into a Swedish newspaper report that suggests members of the Israeli army stole body organs from Palestinians.

China is trying to move away from the use of executed prisoners as the major source of organs for transplants.

China called on the United States to reduce and eventually halt air and sea military surveillance close to its shores after a series of territorial disputes this year.

With early results on Tuesday showing Afghanistan’s presidential race neck-and-neck, a massive truck bomb that killed 40 civilians and wounded 60 in Kandahar showed the scale of problems facing the eventual winner.

The International Federation of Journalists complained Wednesday that news people covering the war in Afghanistan are being monitored by the U.S. military to see if they are sympathetic to the American cause.

A meeting between incumbent Hamid Karzai and U.S. special envoy for Afghanistan Richard Holbrooke has ended with harsh exchanges over controversial presidential elections.

The Sri Lankan High Commission has denied its forces carried out atrocities against ethnic Tamils after a video apparently showing a man being executed by Sri Lankan soldiers was aired on British television. 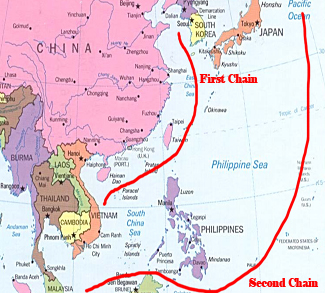