Rejecting changes to the world financial system designed to repair its current collapse and prevent a repeat in the future, the United States forged ahead with its plan to maintain its global economic hegemony.

During the much lauded G20 Summit, many countries, led by European allies, particularly France, insisted that the world’s most powerful economies adopt cross-border economic regulations to prevent another collapse of the world economy in an ever-increasingly interconnected global financial system.  Yet, despite the fact that the current crisis emanated from risky financial decisions within the U.S. banking system, President Obama and his team of advisors rebuffed the Europeans’ proposal for change.

Claiming ‘sovereignty’, they instead preferred the current system which will continue to allow American banks to operate under the most unregulated system in advanced finance-based economies, almost guaranteeing a repeat of the current financial implosion sometime in the not-so-distant future – basically, whenever the global capitalist elites believe the world is ready for many more trillions in ‘bailouts’ (read: “ransom”).

The second most important rejection of change occurred when the U.S. vehemently opposed China’s (and Russia’s) proposal for replacing the U.S. dollar with a global reserve currency.  China is particularly vulnerable because its estimated trillions of dollars in American currency reserves will almost certainly be devalued in the months to come as the unprecedented free-printing of American currency to pay for the trillions in bailout will inevitably lead to an explosive inflationary rise.

Yet, China can neither sell-off its reserves for such a sell-off would precipitate the very inflationary devaluation of their foreign currency holdings China is desperately trying to avoid.  Thus China (backed by Russia) floated the idea of replacing the U.S. dollar with a global reserve currency, only to have their proposal for change rebuffed by Obama as ‘dead-on-arrival’.

But rebuffing China’s proposal for change was not as easy as rebuffing Europe’s.  As America’s greatest creditor, China finances the American empire and consequently, must still be respected (to a degree).  Thus the G20 adopted part of China’s plan: the IMF was authorized to create $250 billion in ‘Special Drawing Rights’ (SDRs), a synthetic ‘world currency’ based on the dollar, euro, yen and sterling.  Yet, even this gesture to the Chinese was just as quickly renounced.  Instead, the World Bank (controlled by Anglo-American bankers) immediately announced its support for the U.S. dollar as the world reserve currency, and not the SDRs.  Further directives of the G20 clarify that the $250 in SDRs is ‘proposed’ over two years, with only $3-4 billion up-front to be immediately injected (at the behest of the U.S. government) into the world financial system pursuant to the American ‘global stimulus’ schematic.

Thus, President Obama and his administration has ensured that, instead of real change in the world financial system, the trillions of dollars “trickled-up” from the American taxpayers to American corporate elites can be utilized to re-create the very ‘get-rich-quick’ schemes of short-term profit-oriented, bonus-incentivised, financial sector credit-swapping bundles that precipitated the current crisis. 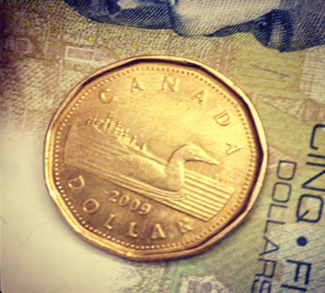 Situation Reports February 22, 2015
Back to Top