No War for Iran 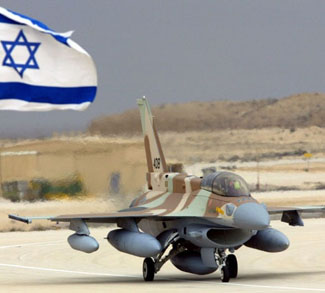 It is increasingly unlikely that the United States, or Israel, will engage in a military confrontation with Iran over its nuclear program in view of significant political changes within the Islamic Republic and the growing isolation of the Israeli government vis-à-vis its position on Iran.

At no time since the hostage crisis from 1979 to 1981 have relations between the West and Iran been so tense. Then as now, the United States was engaged in a debate over whether or not to launch a military strike to topple the budding Islamic Republic. The Carter administration went as far as attempting a rescue mission, which failed when a helicopter carrying the special armed units that were supposed to secure release the hostages, crashed in the desert. While the hostages were American and tensions between the Islamic government and the United States were very high, the actual motivations behind the hostage taking had much more to do with the power games within the revolutionary administration than any difference of ‘opinion’ with Washington. The crisis was encouraged, behind the scenes, by Ayatollah Khomeini and the mullahs in order to weaken the interim government led by Mehdi Bazargan, who was interested in maintaining good relations with the outside world (…well perhaps not so much with Israel).

The Iran hostage crisis helped cement the power of the hardliners, alienating the secular actors behind the revolution. Then as now, an international crisis – in this case the pursuit of nuclear technology – is used by the various factions and currents in the Islamic Republic (there are no political parties in Iran and differences of opinion are channeled through power games between rival currents and personalities). The past year has seen just such a jostling for power between the Resistance Front, which supports President Mahmoud Ahmadinejad and the Principalist coalition, which includes clerics, and others, who steadfastly promote the concept of velayat-e faqih, or rule of the jurisprudent, which is at the heart of the Islamic Republic. The latter camp supports the Supreme Leader of the Revolution, Ayatollah Khamanei.

The recent legislative elections have put an end to that dispute, placing the Principalist Coalition squarely ahead of their rivals. While Ahmadinejad remains president, his presidential career is reaching the end and he will probably be replaced by one of the leading figures of the new Parliament. As far as the nuclear issue is concerned, even as Khamanei represents the revolutionary zeal and one of the main proponents of nuclear technology, his ascendency represents some stability and the growing irrelevance of the president and the presidency itself, as Iran embarks away from populism to more authoritarianism. The Khamanei camp has the authority and power to enter serious talks with the West over the nuclear program. The clearest sign for this prospect came as the victorious Khamanei praised Obama as a “good man”, which in Ayatollah code means he prefers negotiation and the resumption of talks. While not necessarily good for Iranians, the recent legislative elections, characterized by a struggle among the conservative forces – seeing as the leader of ‘Green’ camp such as Mir Hossein Musavi, who lost a controversial presidential election in 2009, is under arrest – have solidified Khamanei’s position as the most powerful man in Iran. Indeed, having served as Supreme Leader since Ayatollah Khomeini’s death in 1989, Khamanei is the true representative of the Islamic Revolution.

The newly elected Majlis (legislative assembly) will give Khamanei even more power and it is foreseeable that the institution of the presidency will become considerably weaker in the near future, leaving executive and Constitutional powers squarely in the hands of the Supreme Leader. There are rumors that Khamanei is grooming his son Mojtaba to succeed him. As far as the nuclear program is concerned, the potential dynastic turn and the consolidation of power will ease the negotiation process. Khamanei’s victory heralds the end of Ahmadinejad’s populism in favor of greater authoritarianism, which will make Iran more predictable and more stable. The West and Israel should be pleased.

Whereas the internal political situation in Iran has produced a far more suitable climate for negotiation, the Israeli government is ever more isolated in its quest to build support for attacking Iran. Prime Minister Benjamin Netanyahu would have us all believe that war with Iran is inevitable. During his visit to Washington, where he met President Obama, Netanyahu spoke in resolute terms about Israel’s right to defend itself against the threat of a nuclear armed Iran; he also addressed AIPAC’s annual summit, in which he was even more adamant about the use of force to stop Iran’s nuclear program. However, Netanyahu must not have noticed the growing wave of skepticism over the use of military force to stop Iran, starting from his own backyard. Shimon Peres, Israel’s president, was clearly much more enthusiastic about President Obama’s performance at AIPAC than Netanyahu’s. While Netanyahu’s speech was intended to raise tensions with Iran; Obama emphasized the fact that there is still time for negotiation.

The message from the White House was clear; if Israel should strike Iran, it would do so alone. The United States would play no part in it. The former head of the Israeli secret services, Mossad, Meir Dagan, was also more inclined to take Obama’s view than that expressed by his own prime minister. Dagan noted that the Iranian nuclear issue is an international problem much more than it is an Israeli one; therefore, it would be best for the United States to lead it. Dagan added that he believes that Obama can produce a diplomatic solution, which would avoid the need for a military strike altogether. Political and intelligence circles notwithstanding, a recent poll by the Israeli newspaper Ha’aretz, suggests that the Israeli people also don’t trust Netanyahu’s belligerence, since 58% voted against an Israeli attack against Iran without American diplomatic and political support. In Europe, meanwhile, the EU representative for Foreign Policy, Catherine Ashton, has also announced that Europe would resume diplomatic talks in April. Despite the media’s urgency in presenting a war in Iran as a done deal, Netanyahu is rather isolated, internally and internationally.

4 responses to “No War for Iran”