Who Are the Kurds?

Whatever language you use – observers, air support, trainers – President Obama is sending the American military back to Iraq.

But the Kurdistan Region of Iraq (KRI) is not like the rest of Iraq.  Kurds are their own ethnicity – not Arab or Persian or Turk.  Kurds expected to establish their own country with the 1920 Treaty of Sèvres, but ultimately were denied.  Today, more than 30 million Kurds live in Turkey, Syria, Iran, and Iraq. Officially, more than 5 million live in Iraq’s northern provinces, although the real number may be significantly higher.

Iraqi Kurds were violently suppressed under Saddam Hussein.  In the Al-Anfal genocide of the late 1980s, Saddam’s forces destroyed over 4,000 villages and killed more than 100,000 Kurds; scholars and parliaments increasingly agree on calling it genocide.  On March 16, 1988, Saddam’s cousin “Chemical Ali” killed thousands of Kurds with chemical weapons in the town of Halabja.

After the Persian Gulf War and United Nations Security Council Resolution 688 (1991), the United States and its allies imposed a no-fly zone over northern Iraq to protect the people of Iraqi Kurdistan, giving the Kurdistan Region considerable autonomy from the central government. Political and economic development among the Kurds was slow until the 1998 Washington Agreement.

But when much of Iraq collapsed into violence after the US-led overthrow of Saddam Hussein in 2003, the Kurdistan Region chose security, development, and tolerance.  The 2005 Iraqi constitution made several special mentions of the Kurds and the Kurdistan Region, including a history of their oppression, Kurdish as an official language of Iraq, and certain regional governing authorities.  Article 140, though, which provides for the resolution of certain disputed territories by the end of 2007, was never fulfilled.  These disputed regions include the areas near Mosul that have been in the news this summer, and near Kirkuk – central to Kurdish identity and rich in oil.

Meanwhile, the Kurdistan Regional Government (KRG) rebuilt Christian villages, schools, and churches that had been destroyed by Saddam, and helped preserve monasteries as old as the 4th century CE.  The KRG’s treatment of its various minority groups, including the now-famous Yazidis, made it a destination for minorities fleeing from violence in the rest of Iraq, and more recently from the violence in Syria.

The Kurds’ military, the Peshmerga, is fierce, but it was outgunned in early battles against the IS.

Cardinal Theodore McCarrick, a former Archbishop of Washington, led a delegation of American religious leaders to the Kurdistan Region in late 2012.  It met with both local and prominent clerics, and visited a school led by a Chaldean Catholic, Bishop Rabban, near the purported hometown of the Three Wise Men.  The school is attended by Muslim, Christian, and Yazidi students, Kurds and Arabs, locals and refugees – all being taught in English.

The delegation also met with mayors, cabinet ministers, and President Masoud Barzani. Each official began with a message of thanks to the men and women of the American military.  Each vowed that he would do his best to build a Kurdistan Region they would be proud of.  And each reminded the delegation that no American soldier had ever been killed in Kurdistan.  In fact, it was a place where American fighters went on leave during their deployments.

The KRG was not without obstacles as it began to build for a future inside or outside of Iraq.  Against Baghdad’s wishes, it began to truck small amounts of oil over the mountains into Turkey while it built pipelines for much greater exports.   Oil rights and unresolved border disputes led Baghdad to cut all funding to the region last winter. Unspoken dreams of Kurdish independence gained a loud voice this past June when the Iraqi Army fled Mosul, Iraq’s second largest city.

That claim of “no American soldier” is now at risk.  Kurds’ fear of renewed conflict with the Iraqi Army has turned instead into actual conflict with Islamic State (IS, or ISIS, or ISIL).  The IS, a former terrorist group that broke away from al Qaeda, has emerged as a terrorist army with state-building aspirations.  It has perhaps billions of dollars and serious weapons, including American arms abandoned by the fleeing Iraqi Army in recent months. The IS wants to build a “caliphate” in Iraq and Syria based on the most repressive and violent distortions of Islam.

The Kurds’ military, the Peshmerga, is fierce, but it was outgunned in early battles against the IS.  It has called for arms from the United States and others – and has begun getting them, along with US air support.  Presumably the Peshmerga will also seek logistical, special operations, and intelligence support – from the West, from Iran, from wherever it can get it.

The KRG and private organizations also desperately need humanitarian aid for the new flow of refugees.  Air drops have begun, but massive, sustained assistance is needed.

Now the American people and politicians have to decide whether Kurdistan, which maybe they have never heard of, is “worth one American life.”  Washington will talk about avoiding possible terrorist attacks in the United States and Europe, or “another Bengazi.”  Critics screaming no-blood-for-oil will point to American energy companies in Kurdistan.   The “more violence is not the answer” voices have considerable evidence on their side from the last dozen years.

But the Iraqi Kurds are allies of the United States.  With difficulty and errors, but with determination, they have tried to build the foundations for a peaceful, prosperous, and even democratic society.  They have protected their own people, their minorities, and refugees.  After years of successfully attracting international investment, and even tourists, they now need the rest of the world more than ever. 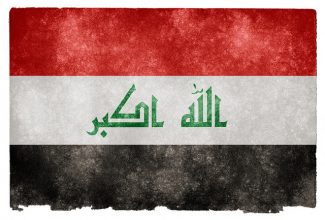