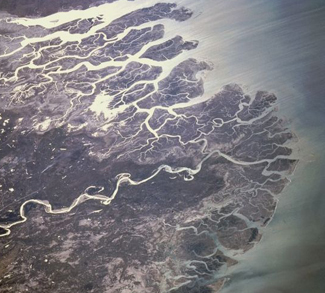 With tensions looming high, there is dwindling hope of cooperation between the water-sharing nations of the Indus Basin. The two nuclear states of South Asia, India and Pakistan, are approaching each other head-on over this water conflict. Many believe that it could lead to another disastrous war, however, a few sane voices are still optimistic.

As the World Bank declared a pause on the Indus water treaty process in order to look into disputes on the Kishanganga (330 megawatts) and Ratle (850 megawatts) hydroelectric plants, India started pitching for bilateral talks for sorting disputes with Pakistan, which as yet seems of no use. In reaction to this, Special Assistant to the Prime Minister of Pakistan Tariq Fatemi has said on record that Pakistan is not going to accept any changes in the Indus Waters Treaty, which was signed in 1960.

In perhaps a related development, China has stopped some water flows to undertake work for a hydropower plant. The move from China comes right after a week of planned Indus deliberations. This is something that India has to keep in mind: China is an upper riparian country on the Indus and Bramhaputra basins, and is also Pakistan’s supporter.

However, better knowledge of the basin can deescalate prevailing tensions. In a recent news report, Professor Shakil Ahmad Romshoo, an expert on the Indus basin, has said that both India and Pakistan are nursing several myths surrounding the treaty. According to Romshoo, India can’t afford to stop the waters of rivers flowing into Pakistan, as it would come at the cost of submerging the Kashmir valley.

While agreeing to the concerns raised by Pakistan time and again, Professor Romshoo believes that water discharges are receding due to the melting of glaciers and global warming. Going deeper, one is astonished that both countries involved in this international water conflict don’t have enough knowledge about the glaciers which form the main source of water for the basin.

Another challenge facing the basin is the non-existence of knowledge-sharing mechanisms between all the riparian countries: Afghanistan, China, India, and Pakistan. However, the Indus Basin Knowledge Platform— developed by the International Water Management Institute through a partnership with the Department for International Development under its South Asia Water Governance Programme— though a small beginning, is an early hope toward filling the knowledge gap between these countries.

On other fronts, in an encouraging move to build cooperation among the Asian nations, Pakistan, China, and Russia are expected to hold talks in Moscow to discuss regional peace and stability, with a focus on Afghanistan.

In yet another significant development that surprised many, Lt. Gen Riaz, Commander of the Pakistan’s Southern Command, invited India to join the China Pakistan Economic Corridor (CPEC) along with Iran, Afghanistan and other Central Asian countries, and ‘share the fruits of future development by shelving the anti-Pakistan activities and subversion.’

At the same time, an article in the state-run Global Times wrote that New Delhi should consider accepting the olive branch Pakistan has extended in a bid to participate in the China-Pakistan Economic Corridor.

Similar to how trade through CPEC is the base for cooperation for countries like China, Pakistan, and now Russia, the Indus basin has the prospects to bring all riparian countries together, as water is the basic need of life.

The time has been reached when all nations have to start working on building long lasting cooperation with each other on multiple levels, on all issues, including the Indus Water Treaty and have to treat each other like good neighbors. The treaty has to stand, as this can be a source for future cooperation between India and Pakistan.