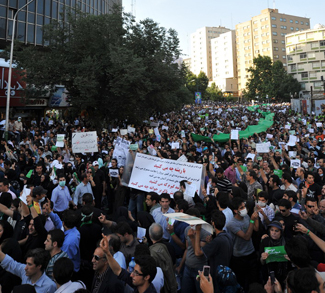 In a development that harkens back to the widespread protests of 2009 – demonstrations that were eventually suppressed violently by security forces – Iranians have taken to the streets in several cities to voice their grievances against the government.

The largest gathering took place in the northeastern city of Mashhad, where initially just a handful of people came out to protest sharp price increases for basic necessities. The crowd quickly grew, and their chants soon branched out of the economic realm to target President Rouhani and his foreign policy in Syria, Lebanon, and Yemen in a more direct challenge to the regime. Smaller protests have also been reported in Shiraz, Tehran, and Kermanshah, where riot police dispersed the demonstrators with water cannons and tear gas.

The protests are unlikely to grow into a national movement in the same vein as 2009 at this point; however, many of the popular grievances are similar, and the big takeaway here is that it’s bread-and-butter issues – not grand foreign policy – that has the power to draw Iranians into the streets and risk reprisals from the security forces. In the same way that former president Mahmoud Ahmadinejad’s popularity was often misinterpreted as approval for his nuclear brinkmanship, these latest protests are already being viewed in the Western media through the lens of Rouhani’s regional foreign policy.

Iran and Russia Lock Horns in the South Caucasus 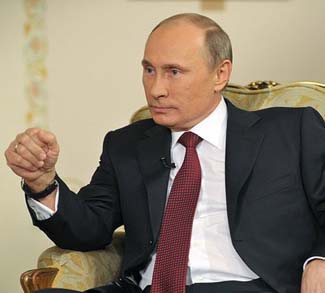