Can Kazakhstan’s Nazarbayev Secure His Legacy?

When Nursultan Nazarbayev announced on March 19 that he was stepping down after 30 years in charge of Kazakhstan, he was quick to say that he was not leaving the scene.

In a short television address, he explained that as ‘Leader of the Nation’ and Chairman of the country’s beefed up Security Council, it would be his task to bring to power a new generation of leaders to take the country forward.

He signaled that the transition process had begun but was vague about its ultimate destination.

Kazakhstan became independent in 1991 after the Soviet Union broke up. Nazarbayev had seen the dangers of independence and tried desperately to help Moscow keep the Union together. Forced to fashion a state out of a territory that included historically Russian lands and a population that was 40% Russian, he adopted policies carefully designed to keep interethnic relations peaceful.  His approach worked even if large numbers of Russians chose to leave over time.

Nazarbayev also succeeded in guiding Kazakhstan through the process of establishing a market economy after the breakdown of Soviet trade links brought widespread dislocation and impoverishment. Yet this impressive achievement came at a price.

The consolidation of Nazarbayev’s rule relied heavily on the security services to limit dissent and prevent the emergence of strong opposition forces. An authoritarian system took shape that served the interests of a narrow group. Its main beneficiaries were the Nazarbayev family and their associates who received privileged access to the country’s natural resources and acquired vast wealth as commodity prices surged.

Corruption took root on a vast scale. Nazarbayev personally featured in an embarrassing bribery scandal in in the 1990s when he and other officials stood accused of accepting payments from several US oil companies in return for awarding contracts.

Authoritarian systems of this kind typically face challenges when the leader has to transfer power, particularly when they have lasted so long. Economic problems can make the situation more difficult as the rents available to the elite grow smaller and social spending increases.

This is what is happening in Kazakhstan. Despite a recovery of oil prices, the economic is growing weakly and there are indications of rising social discontent, including among the middle classes who have lost their savings after currency devaluations.

Over many years, Kazakhstan has invested heavily in creating an international image of a stable, country conducting vigorous reforms. This vision of dynamism has been increasingly at odds with the reality of declining living standards, increasing inequality, and poor governance.

Political analysts are struggling to explain the timing of Nazarbayev’s decision to start the transition process. Was it a result of much rumored ill health? Alternatively, could he also have concluded that change was necessary to address rising socioeconomic tensions? In 2011, security forces shot at striking oil workers in western Kazakhstan, killing 16 people. The episode caused serious damage to Nazarbayev’s reputation at home and abroad.

The change of guard in neighboring Uzbekistan in 2016 after the death of President Karimov also left its mark. Like Nazarbayev, Karimov had held office since Soviet times. He did not live to oversee the transfer of power. Although the process was smooth, his family fared badly. Not by coincidence, immediately after Karimov’s death, Nazarbayev appointed his unswervingly loyal Prime Minister, Karim Massimov, to head the national intelligence service.

Not surprisingly, there is much interest in Moscow in Nazarbayev’s efforts to find a new model for handing over power. Putin faces a similar succession problem that will come to a head in 2024 when he is due to step down. Through the Security Council, Nazarbayev’s approach has been to create a dual control system where if necessary, he can override the actions of a caretaker president.

In line with the Constitution, the Chairman of the Senate replaces the President and serves until elections take place. The next presidential election is scheduled for December 2020. The stand-in President, Kassym-Zhomart Tokayev, 65, is a respected former Foreign Minister and Prime Minister. His loyalty is not in doubt but his age suggests that he is not part of the new generation that Nazarbayev wants to take over.

Nazarbayev’s eldest daughter, Dariga, appears to be in poll position to succeed him. After Tokayev moved to the President’s Office, she was unanimously elected Chair of the Senate. However, she may not easily find her way to the presidency. She is deeply unpopular and may struggle to gain sufficient support among the elite. A power struggle could easily destabilize the country.

Nazarbayev has a reputation as a brilliant strategist who defied the odds to put Kazakhstan on the map as an independent country. It is not yet clear that he has found a way to secure his legacy.

John Lough is Managing Director of JBKL Advisory Ltd, a strategy consulting firm with a focus on Russia and its neighborhood. 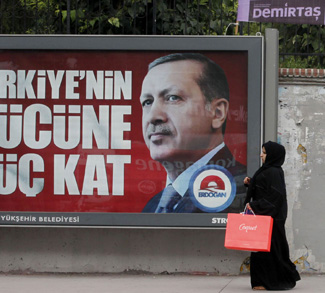