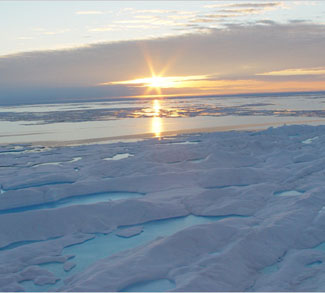 This report builds on the previously published Arctic ownership backgrounder. Its aim is to highlight new developments in the scramble for Arctic oil.

Still reeling from the effects of the global economic downturn, Russia has come to see economic redemption in its Arctic oil fields. The massive Vankor field in Russia’s Arctic – a find that contains an estimated 3.8 billion barrels of oil – has pumped over a million tons of crude since August and boasts a daily output of 146,000 barrels. As soon as the Eastern Siberia-China pipeline is finished in 2011, most of the Vankor oil will be pumped directly into China. The pipeline represents another tie that binds an energy-hungry China to Russian exports. For China, this over-land energy link is an important step towards diversification away from Middle East imports. Over the next decade, China is expected to deepen its dependency on Russian energy, inevitably leading to a closer alignment between the two countries in the global arena.

In a rare move, the Kremlin has recently invited Western investors to help prospect and develop energy resources off the Yamal Peninsula. For the Russian government to acquiesce to foreign investment in Russian natural resources is the exception rather than the rule. Their decision is underpinned by the combination of a soft Russian economy and the technology-intensive extraction process demanded by Arctic environments.

There are two developments of note on the military front. First, the potential for conflict in the Arctic has become a reoccurring theme in NATO speeches. Recent remarks by Anders Fogh Rasmussen, former Danish Prime Minister and current NATO Secretary General, suggest that NATO envisions a role for itself in any future Arctic conflict. He did however emphasize that NATO’s role will ideally be exclusive to the diplomatic track. The Arctic may end up being the new frontier that NATO has been searching for to give it a new raison d’être in the post-Cold War world.

NATO and Russia have both begun preliminary posturing over who will control the Arctic. While both parties are still unsure as to how much of a source of tension the Arctic will prove to be, they are not willing to give the opposition a free hand to operate in this strategically important region.

Canada may have found a solution to the problem of American and European non-recognition of the Northwest Passage as Canadian territorial waters. According to recent reports, Ottawa is working hard on a deal with Nunavut to have Lancaster Sound, the eastern entrance to the Northwest Passage, classified as a national marine conservation area. The agreement, along with the regulatory regime that would accompany it, would serve as an internal and external symbol of Canadian sovereignty over its Arctic archipelago.

According to an article published in the Globe and Mail last September, Canada and Denmark have discussed the possibility of a bilateral negotiated solution to the Hans Island dispute. If one cannot be reached, both countries have agreed to take the issue to the International Court of Justice.

Going by Professor Peter Wadham’s estimates, an ice-free Arctic summer will be a reality as soon as 2020. If there’s no ice, then the Northwest Passage is a viable international shipping route and Arctic energy resources are open for prospecting. As such, expect Arctic states to intensify their attempts to assert sovereignty over the region. 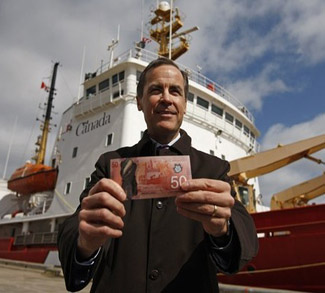