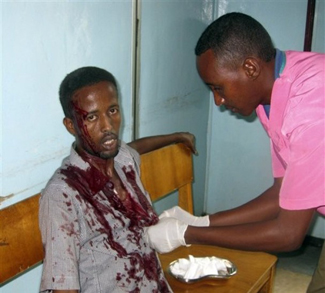 Al-Shabab’s latest attack displays a level of planning and execution that doesn’t bode well for the AU-backed transitional government in Mogadishu.

At least 33 people have been killed in an attack on a hotel close to the presidential palace in Mogadishu. Fighting started when al-Shabab fighters, disguised as government soldiers, broke into the heavily fortified hotel and began to hunt down government MPs in fierce room-to-room fighting. The militants eventually detonated themselves, but not before six government MPs, five government officials, and 21 civilians had been killed.

These attacks were both brazen, taking place during the holy month of Ramadan, and disturbingly well-planned. They seem to be modeled after the 2008 Mumbai attacks, as they apparently required specific training and long term planning and reconnaissance. According to the New York Times, several local residents claimed that the fighters had been seen renting rooms in the area and scouting out the target for weeks in advance. Al-Shabab has also gone on the record to claim that those who executed the attacks were a part of their “special forces.”

The attack comes just one day after al-Shabab declared a “massive and final” war against the transitional government and AMISOM forces in Mogadishu.  It’s possible that the attacks are aimed at curtailing some of the momentum that the AU deployment has gained in the wake of the World Cup bombings in Uganda. Uganda’s commitment of an additional 1,300 troops is set to start landing in Somalia over the next few weeks.

All in all, though this recent attack suggests that al-Shabab’s tactics and logistics are evolving, the military balance between the two sides remains a stalemate.

Around the internet, Dr. Afyare Abdi Elmi agrees that the military situation will remain a stalemate:

“As long as these [AU] forces are in Mogadishu, I think it will be unlikely for al-Shabab to take over [the city]. But they can inflict huge damage.”

AllAfrica is reporting that the government of South Africa has come out against sending troops to bolster the AMISOM deployment:

“South Africa is unlikely to deploy soldiers in support of the African Union Mission in Somalia (AMISOM), as it did “not believe” in the political direction being followed to resolve the conflict, and there was no exit strategy, an analyst said.” 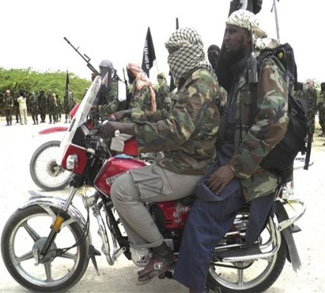